On October 4, 1937, while the NCA’s Committee on Educational Standards was meeting to compare the curricula of 37 chiropractic colleges against a set of educational standards, Dr. Alfred Budden, Ross H. Elliott and attorney, Elam Amstutz, submitted Articles of Incorporation for the Health Research Foundation (HRF.)

The Foundation, of which Dr. Budden was president, provided governance authority for Western States College. Significantly, the second article of the incorporation document contains the following statement: “To provide, without profit, for the advancement of the healing arts and sciences….” Health Research Foundation incorporation documents, 1937. Dr. Budden had always advocated that chiropractic education be offered through non-profit institutions. A few of the chiropractic colleges of that era were in favor of moving to not-for-profit status, but consensus could not be achieved. Advocacy for non-profit chiropractic colleges remained a minority point of view. From Dr. Budden’s perspective, time had expired on further deliberation about non-profit institutions; he simply could no longer tolerate the status quo.

With unshakable conviction that the chiropractic profession must move in this direction, he moved independently to make Western States the first chiropractic college to officially become non-profit. It would take decades, but eventually, all chiropractic colleges became not-for-profit institutions. Some did so voluntarily—others by accreditation requirement. 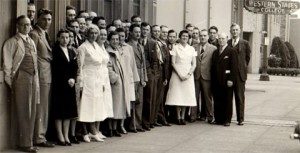 WSC at 538 SE Alder, circa1938. Dr. Budden is pictured in the foreground on the left

Two chiropractic colleges (no longer in existence), in Denver and in Nashville, published catalogs in 1937 and circa 1938 that contrasted WSC’s curriculum and what was offered elsewhere during the same period.

Catalog for the University of Natural Healing in Denver, CO 1937.
Catalog for The Nashville College of Drugless Therapy circa 1938. 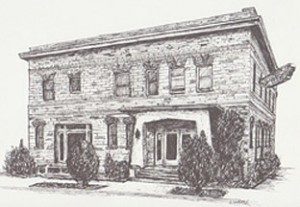 In 1938, the HRF signed a purchase agreement for a new campus at SE 11th and Clay, moving to that location sometime in 1939.

The new campus provided more spacious accommodations, and every room in the building supported some aspect of college operations. The outpatient clinic was housed in the basement. General administrative and staff offices, the x-ray suite, and a few classrooms were located on the main floor. The remainder of classrooms and laboratories were on the upper floor. A child health center was developed at the new campus to address the health care needs of children in the community. 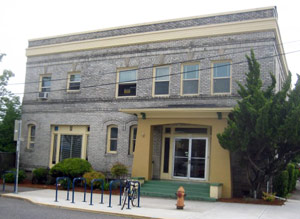 Despite the obvious benefits of a more attractive campus setting and significantly expanded curriculum, the effects of the Great Depression continued to undermine student enrollment and growth of the college. Like many of the chiropractic colleges of that period, few had much in the way of an endowment or a cushion against financial hardship. Simply put, most of the chiropractic colleges were tuition-dependent and many prospective students were unable to afford the expense.

A bleak situation became even darker when on May 24, 1939, WSC was notified by the Internal Revenue Service that their “…corporation income and excess profits tax return is delinquent for the calendar year 1938.”WSC notified of tax delinquency for tax year 1938. This event started a contentious exchange with the IRS that would persist for years. The IRS cloud hung over the institution for the remainder of that year and through the next decade. Public knowledge of the college’s ongoing dispute with the IRS did little to attract prospective students from an already dwindling student population.