When the war ended in August 1945, a flood of veterans returned home to find a world changed from the one they left behind.

The war had begun when the nation was only beginning to emerge from the Great Depression. The G.I.’s returned to a country experiencing a post-war economic recovery that would last for years.

The automobile industry, which had been producing war machines, quickly transitioned back to producing cars. New industries, like aviation and electronics, sprouted overnight and grew exponentially. In very short time, the expanding economy stimulated a housing construction boom. Many historians have argued that passage of the G.I. Bill did more to change the face of the U.S. economy than any other single factor of the post-war era.

The Servicemen’s Readjustment Act, more commonly known as the G.I. Bill, was signed into law by President Franklin Delano Roosevelt in 1944. It provided funding for college education or vocational training to returning WWII veterans. It also provided a year of unemployment compensation, access to affordable home loans and access to small-business loans. By the time the original G.I. Bill ended in 1956, 7.8 million veterans had participated in an educational or vocational training program. Millions of other veterans had purchased homes and/or started small businesses from loans made available through the G.I. Bill.

The shortage of students produced by the Great Depression and made worse by World War II disappeared almost overnight, leaving the college with a completely new challenge: what to do with more applicants than the institution could manage.

The G.I. Bill filled college and university classrooms across the nation, and Western States College was the fortunate beneficiary of escalating applications and enrollment numbers. The explosion of growth was unanticipated and the college was not prepared for the magnitude of the student influx it experienced.

The makeup of the student population was also challenging. Seats previously filled by younger, quieter, less demanding students were now filled with older, battle-hardened, outspoken veterans, intolerant of ineptitude, incompetence or inaction. The college was overrun with veterans still in uniform, eager to learn, but impatient. 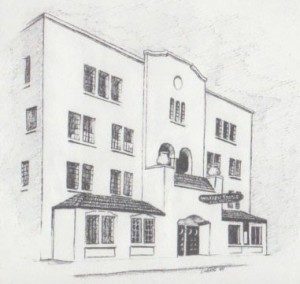 By 1946, the college was scrambling to keep up with the demands of an energized student population, veterans being the most vocal and forthright. Students demanded the administration provide them a higher quality education, in a more appropriate facility. The administration, sensitive and sympathetic to the students’ concerns, responded quickly. Within a year, WSC purchased a new campus building at 4525 SE 63rd. 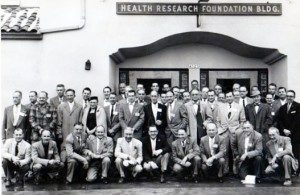 Numerous accounts from that period suggest the new campus was not selected for its “eye-appeal.” Most observers considered the new campus an eye sore. However, all agreed that the building was spacious and adequate to accommodate the glut of students. Augmentation of faculty and enhancement of the curriculum occurred in tandem with the move. Boisterous student discontent from the previous year subsided. In fact, the students were so pleased and supportive of the changes in facilities, faculty and curriculum they joined in beautification projects to make the internal environment of the building more presentable. Throughout 1947, the new campus was awash in fresh paint and the sounds of hammers and saws at work.