1986 stands out as a remarkable year of both accomplishments and setbacks for the college. President Vear had announced his intention to retire from the college the previous year, asking the board to conclude a search for a new president by the end of June 1986.

In January 1986, the college offered the presidency of WSCC to William H. Dallas, DC, and he accepted. The board considered Dr. Dallas the best candidate possible to fill the position. During his 24 years in private practice, Dr. Dallas had been active in Washington state politics and the Washington State Chiropractic Association. He served as Washington’s delegate to ACA for many of those years and went on to become the president of that organization. At the time Dr. Dallas accepted the offer to be president of WSCC, he was serving on the executive board of the National Chiropractic Mutual Insurance Company (NCMIC), the largest malpractice insurance provider for the chiropractic profession. He would go on to serve simultaneously as president of NCMIC as well. Dr. Dallas started his 17-year-long leadership role at WSCC in June 1986. 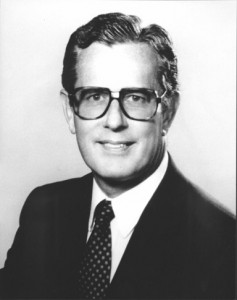 Throughout 1986, the college struggled to move forward on a host of important issues: an intransigent alumni association, CCE and NWASC accreditations, financial instability, new presidential leadership, tuition dependency, their status with the Washington Board of Chiropractic Examiners, falling enrollment, and a stagnant economy. The college was simply not in a position to manage one more issue, certainly not one that would take priority above all others.

The Fox in the Henhouse

The college was stunned beyond comprehension by this news. WSCC had always enjoyed “immunity” from OECC policies, procedures, and oversight, because healing-arts programs were exempt. Institutions having granted degrees for at least 15 years prior to 1935 were additionally exempt through a grandfather clause. However, a change in Oregon higher education legislation in 1981 brought all healing-arts programs not covered by the grandfather clause under OECC’s authority. WSCC was unaffected by this change in the law and had received a letter from OECC in 1981 stating WSCC was exempt under the grandfather clause. Apparently, OECC was now reversing its position. Attached to the letter was a waiver for the college to sign. The waiver stipulated the college was disavowing “…any claim under the grandfather clause.” The college refused to sign the waiver.

In refusing to sign the waiver, the college found itself deeply entangled in a bureaucratic nightmare. It fell to Executive Vice President Robert Tolar to untangle the mess. Following a series of written communiqués and telephone exchanges between Dr. Tolar and the executive director of OECC, the college finally learned what precipitated OECC’s action.

In its petition for eligibility under the grandfather clause, the college provided documentation of its having been in business and granting degree since 1920. In reviewing the college’s petition, OECC found documentation was incomplete or missing entirely for the years between 1933 and1936. The college provided OECC a number of reasons why the record was sparse for that period:

The college wasn’t surprised to find documents missing from this period, but OECC found the college’s inability to demonstrate an unbroken string of degree-granting activity unacceptable and insisted that WSCC sign the waiver. OECC was insisting on strict adherence to the letter of the law – no documentation, no degree-granting authority.

As a concession to OECC, the college offered to resend all documents, including additional documents demonstrating degree-granting activity from 1933-1936. The college was willing to cooperate with the OECC, but it was not going to sign the waiver under any circumstances. The college also volunteered to undergo the formal review process used by OECC for institutions not covered by the grandfather clause. OECC accepted the college’s offer to undergo a formal review and moved quickly to appoint an independent evaluation team. A team of three professors from Oregon Health Sciences University (OHSU), Oregon’s medical school, was chosen to conduct a visit in the spring 1986.